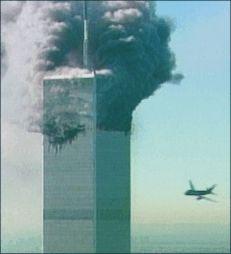 Who is the God that asks us to do such things?
What God asks us to sacrifice children as the way to peace?

Traditional reading of Genesis 22:1-14: It’s the same God who asks Abraham at the beginning to sacrifice his son as at the end who stops him and offers a ram. Reason: to test Abraham’s faith and obedience. So God never intended for Abraham to carry through with the sacrifice. On the other hand, is that a reasonable test for obedience? What if Abraham hadn’t heard the angel of the Lord and gone through with it?

A new proposed way to read Genesis 22:1-14: It is different gods at the beginning and end of the story: the old tribal (false) god at the beginning, and the true God of Abraham and Moses at the end.

What is at stake for Christians in our reading of the cross
as the new way of peace?

Familiar way of reading the cross as sacrifice: The fall into sin was against God’s infinite goodness and mercy and justice, so there was a problem. Humans could not off our own bat restore the order which had been disordered, let alone make up for having dishonored God’s infinite goodness. God would have been perfectly within his rights to have destroyed the whole of humanity. But God was merciful as well as being just, so he pondered what to do to sort out the mess. Only an infinite payment would do; something that humans couldn’t come up with; but God could. And yet the payment had to be from the human side, or else it wouldn’t be a real payment for the outrage to be appeased. So God came up with the idea of sending his Son into the world as a human, so that his Son could pay the price as a human, which, since he was also God, would be infinite and thus would effect the necessary satisfaction. Those humans who agreed to cover over their sins by holding on to, or being covered by, the precious blood of the Savior whom the Father has sacrificed to himself would be saved from their sins and given the Holy Spirit by which they would be able to behave according to the original order of creation. My guess is that you’ve heard something like that before. This is a familiar way of telling the story.

Renewed way of seeing the cross: sacrifice was never God’s way to peace; it was our way, using the gods to justify it. To give us a new way to peace, God couldn’t use killing like us. So God took our killing onto himself in Jesus Christ to forgive us for our way to peace and to give us a new way based on love, mercy, and forgiveness. We see this way of peace chiefly in the cross, but we also go back into Jesus’ life and see it in his preaching and teaching, especially in the Sermon on the Mount.

Mahatma Gandhi and Martin Luther King, Jr., were two last century who began to renew this understanding for us. (Two brief vignettes and a challenge to close.)