Girardian Reflections on the Lectionary

Understanding the Bible Anew Through the Mimetic Theory of René Girard

By some amazing but vastly creative spiritual insight the slave undertook the redemption of a religion that the master had profaned in his midst. — Howard Thurman, Deep River 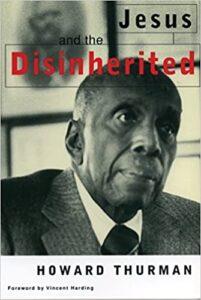 “The redemption of a religion.” It was clear to Howard Thurman, as he helped to lead the Civil Rights Movement, that a fundamental element to achieving their goals was to work for the redemption of the Christian religion. In books like Jesus and the Disinherited, Thurman sought an interpretation of Jesus and his message that makes central the healing of human divisions, and so also the salvation of a Christian religion that has been profaned by an intertwining with white supremacist racism. It is my fervent hope that fifty years later this task of redeeming the Christian religion from racism has become nothing but more clear and focused and urgent.

In 2017 the 500th anniversary of the Reformation was celebrated across much of the church. In 2018 and beyond we need to recognize the pressing need for an ongoing New Reformation. For all that was accomplished in the first Reformation, the most important issue was not addressed: ending Christendom, the church’s alliance with the sacred violence of Empire, and related theological issues pertaining to violence. Most specifically, the roughly five hundred years coincides with the European project of conquering other lands and their peoples. In the seventy-five years leading up to the Reformation, Papal Bulls had produced the “Doctrine of Discovery” (see also Mark Charles’ video presentation) and launched the horrific violence of imperialistic conquest. Instead of challenging this anti-Gospel venture, Protestantism developed its own version of it, with perhaps the most enduring form of it manifested throughout the long history of the United States of America — a paradoxical betrayal not only of its originating religion but also of its founding principle that all human beings are created equal.

This lectionary website offers an anthropological perspective on the deep-seated nature of human violence and the Christian answer to it: Jesus came to save us from our human origins in violence — opening the possibility to nothing less than a new Way to be human. A Start-over. Human Being 2.0. Read with this perspective, the Bible can be seen as an anthropological revelation every bit as much as a theological one. As we learn who God truly is in Jesus the Messiah, we are empowered by the Spirit to begin living into what it means to be truly human. In a world threatened by human violence — with white supremacist racism being the most deadly form of violence in so-called ‘Christian nations’ over the past five hundred years — this way of reading the Christian message couldn’t be more timely. It offers elements for a New Reformation, adding to the efforts aimed at redeeming the Christian religion from racism.

“Girardian Reflections on the Lectionary” reads the Sunday texts from the fresh perspective of a Christian anthropology — that is, an understanding of our humanity that sees itself as both (1) deriving from, and deeply resonant with, the Christian revelation; and (2) bridging the gap from that revelation to the modern science of anthropology. However, differing from much of contemporary anthropology (which sees religion as a later development in human evolution), this theological anthropology places religion at the origins of Homo sapiens. At the heart of the theory is a cross-shaped hypothesis: that what saved humankind from imploding on its own intraspecies violence is a ‘containment field’ of sacred violence at the foundation of human religion and culture — thus making clear the need to save human religions in order to save the species. The cross of Jesus the Messiah is the revelation of sacred violence at the heart of our culture; the resurrection is the launching of new creation, featuring the redemption of everything human, most especially our religions. Historical Christianity, especially 1500+ years of Christendom, has been a betrayal of that revelation, profaning the Christian religion with an imperialistic racism that enslaved African peoples and slaughtered indigenous peoples all over the globe.

Specifically, the Christian anthropology of these webpages is based on the “Mimetic Theory” elaborated by Stanford scholar René Girard (1923-2015). Girard’s peaceful passing in November 2015 occasioned an excellent beginning place to encounter the groundbreaking nature of this Christian anthropology: a number of tributes to his life and work that offer concise, clear, and accurate introductions to Girard’s “Mimetic Theory.” I have cataloged a number of them on my own tribute page “In Memory of René Girard.” In 2018, the first major biography of Girard’s life and work has been published, Cynthia Haven‘s The Evolution of Desire: A Life of René Girard. See also the learning-resource page and my (Paul Nuechterlein’s) “Girardian Anthropology in a Nutshell.”

The significance of an anthropological way of reading the Bible, and the shape of our salvation in Jesus Christ, can be summed up with a quote from acclaimed biblical scholar Walter Wink (1935-2012). Wink was an early supporter of Mimetic Theory, helping to launch the Girardian guild of researchers, the Colloquium on Violence & Religion (COV&R), in 1990. As he looked back over his own life and career in his memoir, Just Jesus: My Struggle to Become Human, he poignantly writes,

And this is the revelation: God is HUMAN … It is the great error of humanity to believe that it is human. We are only fragmentarily human, fleetingly human, brokenly human. We see glimpses of our humanness, we can only dream of what a more human existence and political order would be like, but we have not yet arrived at true humanness. Only God is human, and we are made in God’s image and likeness — which is to say, we are capable of becoming human. (p. 102)

“Girardian Reflections on the Lectionary” is about learning to read the Bible as the premier guide on our journey of becoming human — and for a discipleship that lives into a New Reformation of the church. In our historical moment, I believe this means redeeming the Christian religion from the centuries-old grip of racism, with meaningful acts of repentance such as advocating for reparations. 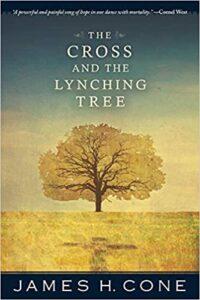 In his book The Cross and the Lynching Tree, James Cone comments in an endnote that few American scholars have made the crucial link between the cross of Jesus and the lynching tree of so many thousands of African Americans. He names René Girard and Girardian theologian James Alison among a handful of names (p. 171, n. 4). Cone also observes that none “has fully explored the connection and its meaning for America’s religious imagination.” I make the commitment here that “Girardian Reflections on the Lectionary” — from its perspective of the cross-centered anthropology of René Girard — will explore the meaning of the cross more fully, with the understanding that a New Reformation in the American context means working with the Spirit to redeem the Christian religion from its long entanglement with white supremacy. To that end, I give the last word to James Cone, commenting on the symbolism of the cross:

Unfortunately, during the course of 2,000 years of Christian history, this symbol of salvation has been detached from any reference to the ongoing suffering and oppression of human beings — those whom Ignacio Ellacuría, the Salvadoran martyr, called “the crucified peoples of history.” The cross has been transformed into a harmless, non-offensive ornament that Christians wear around their necks. Rather than reminding us of the “cost of discipleship,” it has become a form of “cheap grace” [Dietrich Bonhoeffer, Discipleship], an easy way to salvation that doesn’t force us to confront the power of Christ’s message and mission. Until we can see the cross and the lynching tree together, until we can identify Christ with a “recrucified” black body hanging from a lynching tree, there can be no genuine understanding of Christian identity in America, and no deliverance from the brutal legacy of slavery and white supremacy. (The Cross and the Lynching Tree, xiv-xv)

Or, to find any lectionary page go to the
Main Index and Instructions

Paul Nuechterlein is a well-respected voice in theological circles. Recently retired after 30 years of parish ministry in ELCA congregations, he is now able to devote full-time to his passion for spreading the Gospel of peace and justice, which he believes is at the heart of Jesus’ faith. With the birth of Paul’s new ministry, Discipleship Seminars in Mimetic Theory, he looks forward to sharing this passion and learning together with other disciples. Learn more…

Explore hosting a seminar in your location

The Seventh Story: Us, Them, and the End of Violence

“People often ask for the most accessible way into the work of René Girard. Here it is! So accessible it’s based on a children’s storybook — a new story to reframe (within the insights of Mimetic Theory) the story which is saving the world.” ~ Paul Nuechterlein

“For anyone interested in the theological application of the thought of René Girard, Tony Bartlett has long been essential reading. Here he outdoes himself in the clarity with which he makes potentially complicated matters simple. He brings us to the heart of why and how Girard’s insight communicates an epochal shift in lived understanding of both the gospel and what it means to be human.” — James Alison

Wanting: The Power of Mimetic Desire in Everyday Life

“Luke Burgis’ Wanting is a brilliant exploration of the hidden and powerful dynamics of desire operating in our age of social media memes, commercial rivalry, and rising partisan scapegoating and violence. By helping us understand the destructive power of mimetic desire he offers a way to extricate ourselves and our communities from its harmful grip to form a more human, empathetic, and value-based world that seeks to build up people rather than products. It’s a call to discernment and a deeper fulfillment that lights a path beyond the darkness of our current world.” — Stephen Hanselman